Last weekend I laced up my all-star, grabbed my camera and hit town with no specific agenda other than to capture the mood in Bordeaux. I was encouraged to visit Saint-Michel and Saint-Pierre, two neighborhoods on the move since a few years.

When I arrived, my first urge was to visit the CAPC (Museum of Modern Art) – sadly it was mostly closed for a new exhibit in the making. Regardless, I enjoyed the space, the rooftop terrace and two permanent artworks by Richard Long (white rocks) and Keith Haring (Untitled – a wall painting visible only from inside the glass elevator and which elongates over the three floors). As with most museums, the shop is worth a browse. 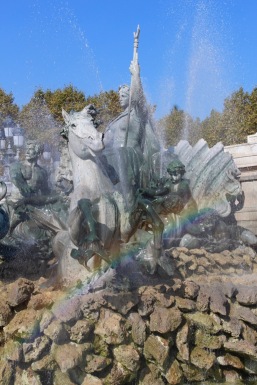 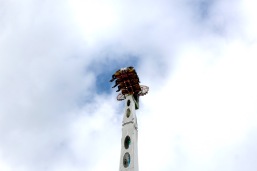 I then walked to the impressive Place des Quinquonces – the largest esplanade in France built in the early 19th century, named after the way the trees are planted, and renowned for its basin and column. It is also a central stop for trams. The fair was on (as per twice a year since 1854). One day, I will get the courage to go up that wheel to see the city from above! The C train took me to Saint-Michel. 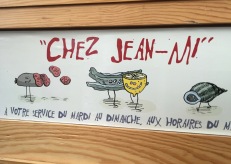 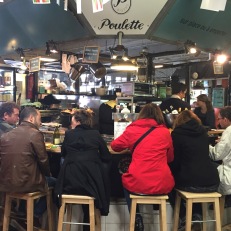 With neither map nor addresses to go by, I leaped off and started to walk. It took me a while to feel like I was in the right place. Surprise, once I spotted the Marché de Capucins, my gut reassured me. This market has a unique vibe. I don’t know what it is. The light, the display of produce, the mix of people, the food counters… It is the central point to “Saint-Mich”, as locals call it. The area was once a village to myriad craftsmen.

From there, I let my camera guide me through street life, wine bars, monuments… And I discovered a new home design store specializing in goods from Morocco which just opened three months ago. Editions Vétiver (27, rue Gaspard Philippe). It fit right in. 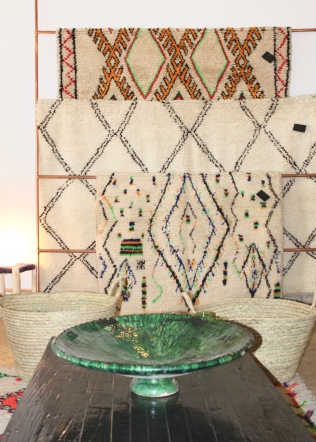 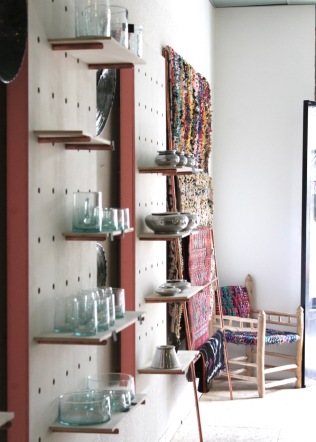 Just another day in laid-back Bordeaux! I walked back to my car via the Saint-Pierre area which was buzzing with small boutiques, cafés, and students.

If you like this atmosphere, you may like this other area for Sunday Brunch: Magasin Général, Bordeaux – France

Tried it. Loved it. Shared it.